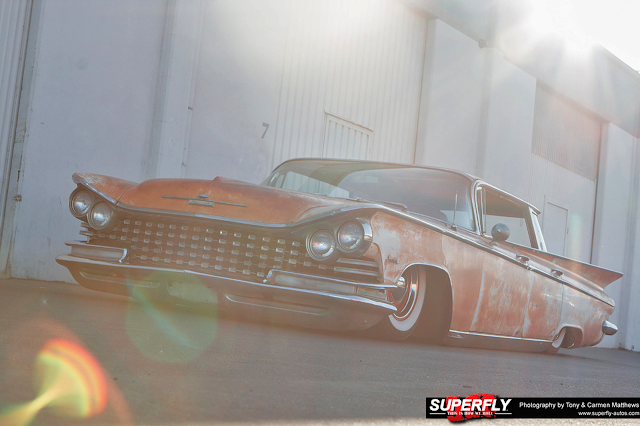 This article was originally posted by our friends over at www.superfly-autos.com. Fore more amazing car content, check them out now!

Little did we know what rides we would bumped into, when visiting the CooksTireandTune cruise night on the West Coast and when we arrived, we saw from the street a very special looking Buick Invicta owned by Gary at Define Concepts and built by Jeff at Devious Customs in Irvine CA. 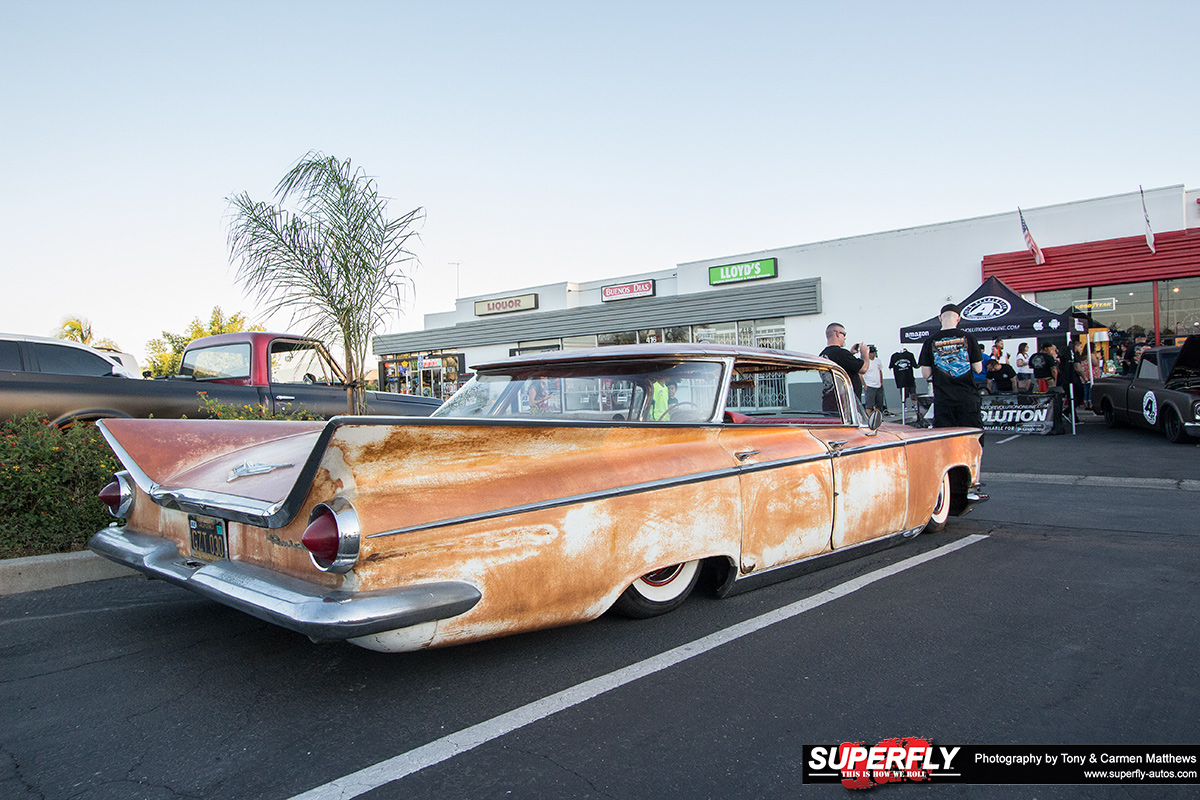 As we walked towards it, you just couldn’t keep your eyes off its epic patina body and that slam to the ground..pure perfection. There were crowds around it for most of the evening at the cruise and we knew that a photo shoot had to take place. So a week later, we contact Gary at Define Concepts and arranged to visit his garage. 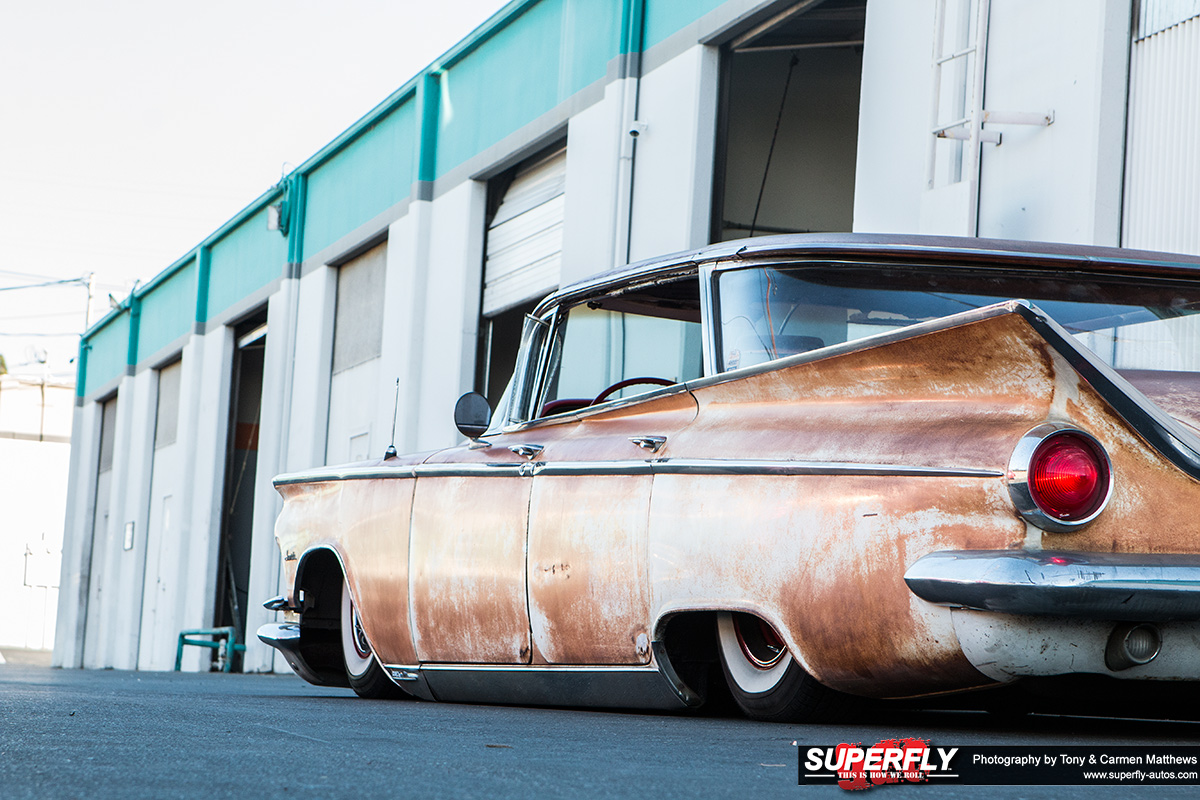 As we arrived at his shop, we could see part of the front end of the Buick showing through the garage doors and as we walked closer, Gary came out to greet us. This Buick Invicta build is actually still a work in progress, but we decided to go ahead and bring you the full photo shoot as it was too good to miss the opportunity. 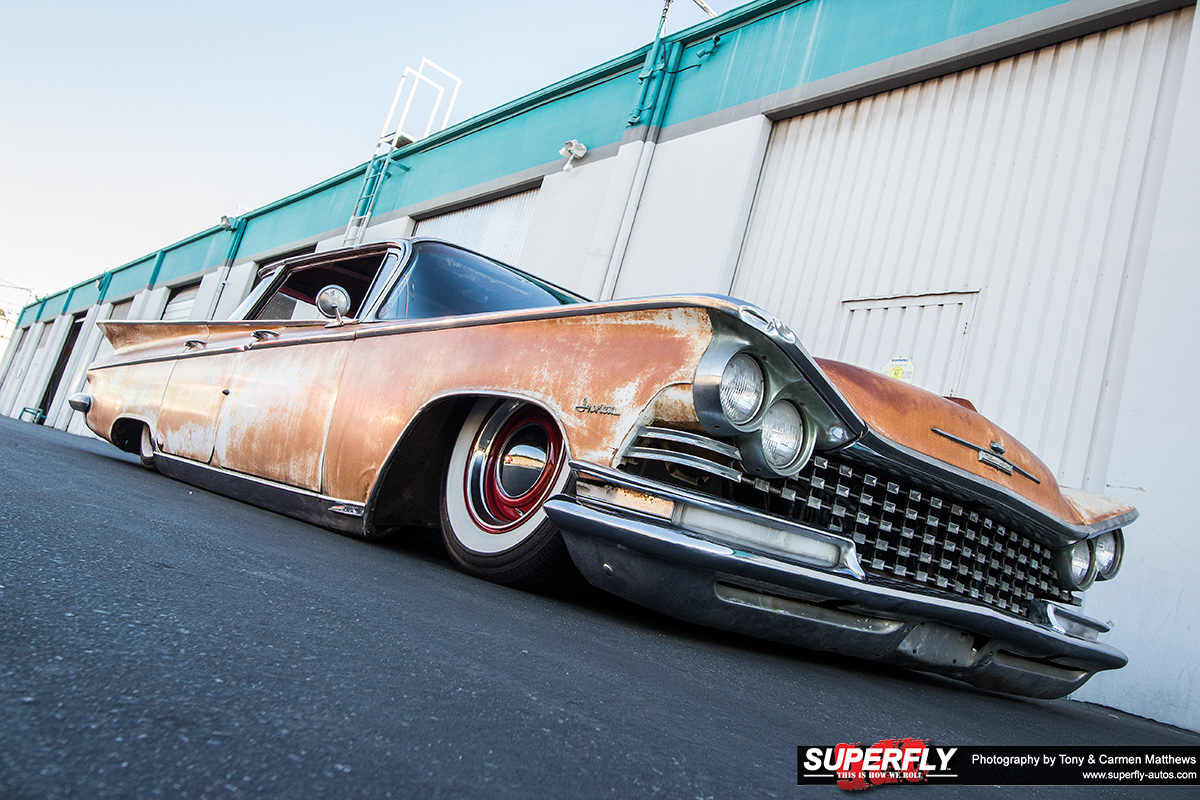 Gary has always been a fan of the Invicta and so when he got his hands on this one, he wanted to create something special and different. He entrusted Jeff at Devious Customs to deliver a project that would make people notice and he delivered just that. Now from the outside, you would think that it is another Invicta with patina, but it is far more than that. 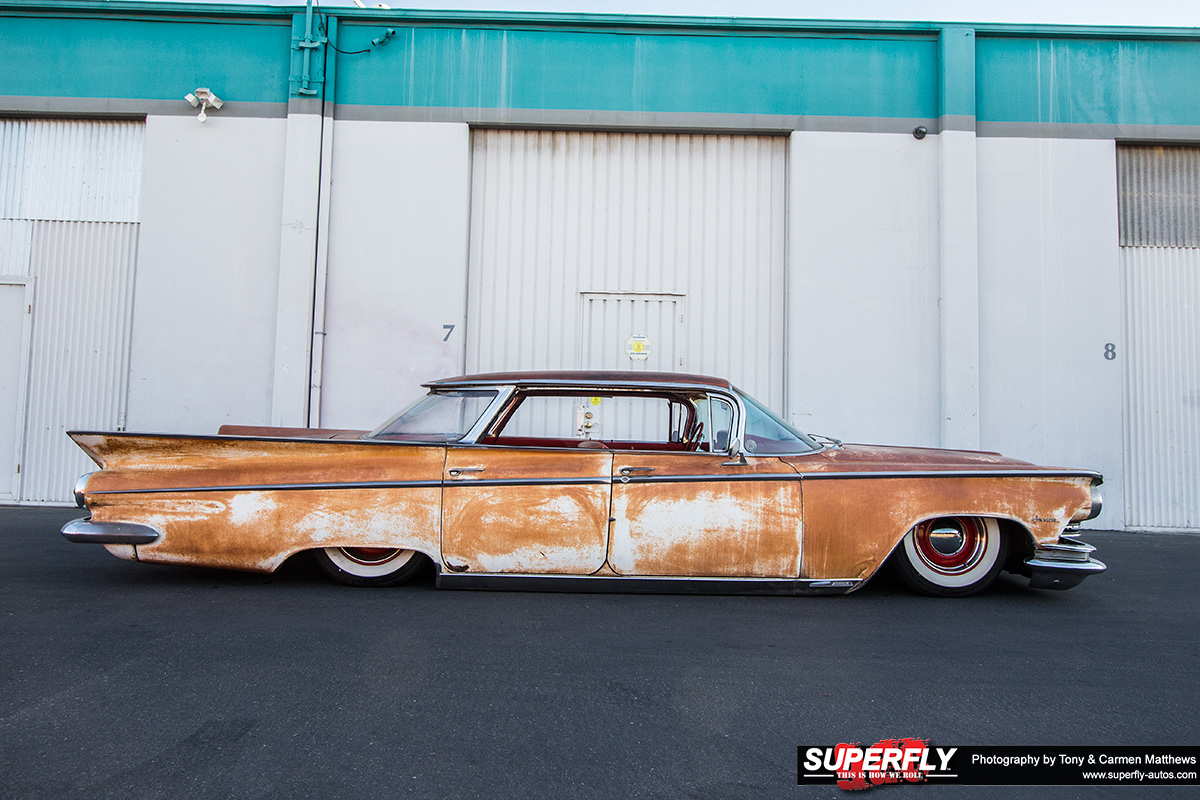 Jeff at Devious has been on the scene since 1999 and has made an awesome impact on he minitruckin’ scene, by creating some of the most incredible builds in the USA. It was a no brainer to bring the Buick to Jeff, so that the Invicta could be body dropped on Accuair suspension, but with a twist. Open up the hood and you will be presented with a 1995 Cadillac engine pushing a not too shy 300bhp, but it wasn’t just the engine that was installed. Jeff had the entire chassis with the engine installed from the Cadillac and the Buick’s body was channeled over that. 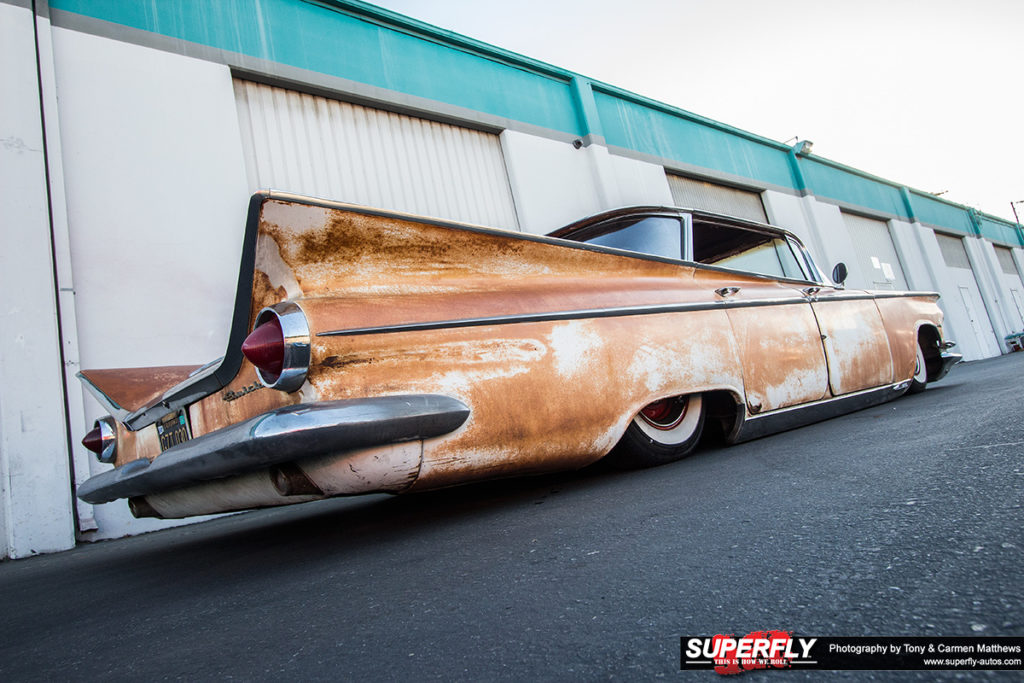 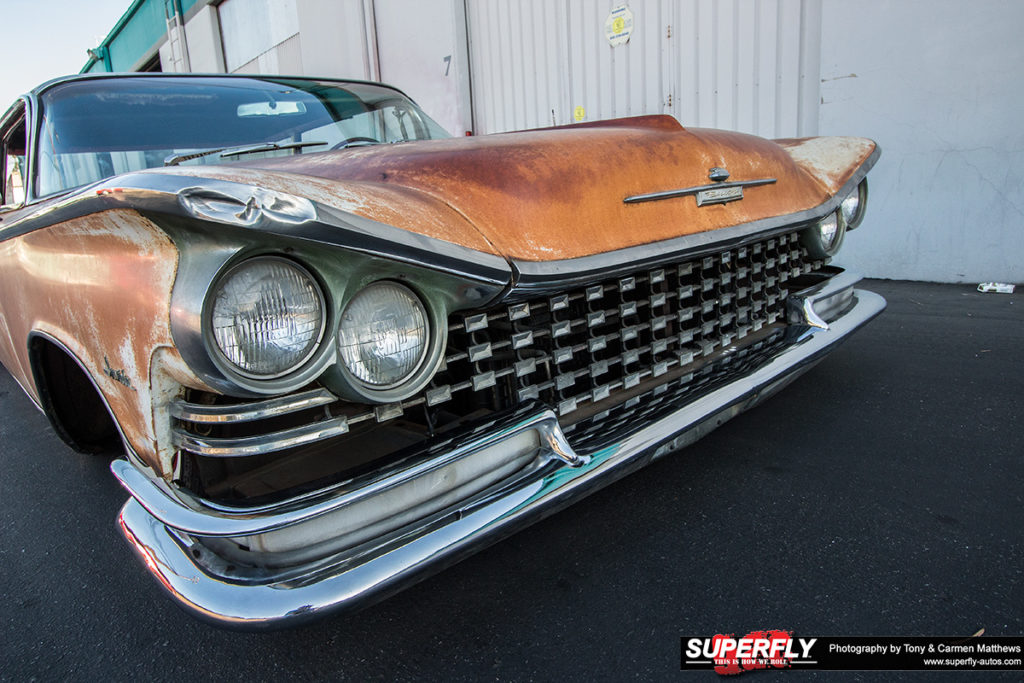 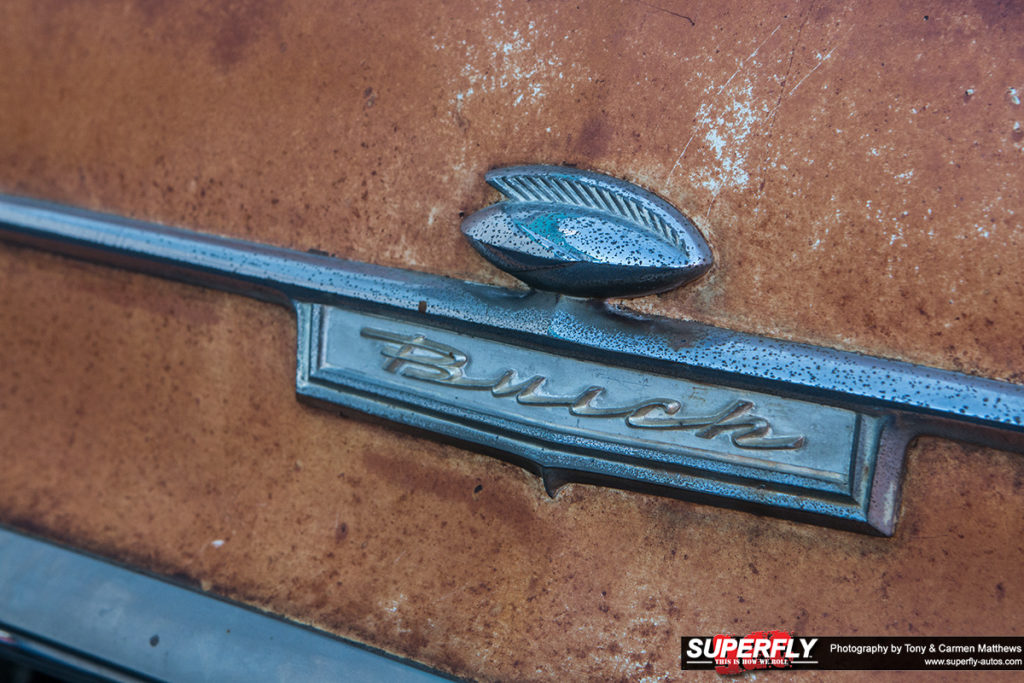 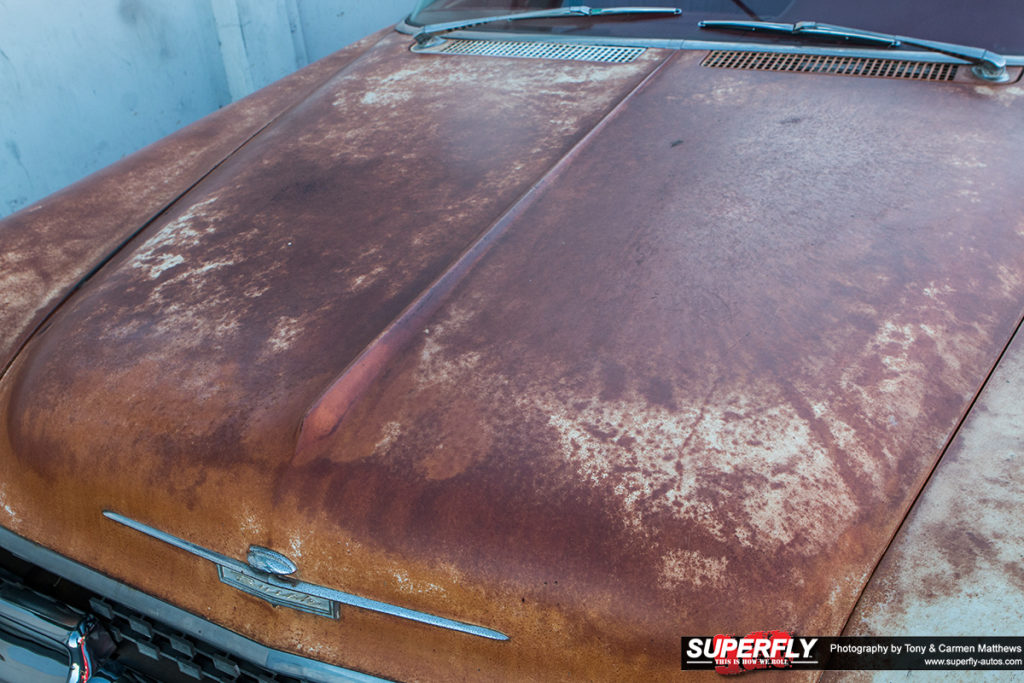 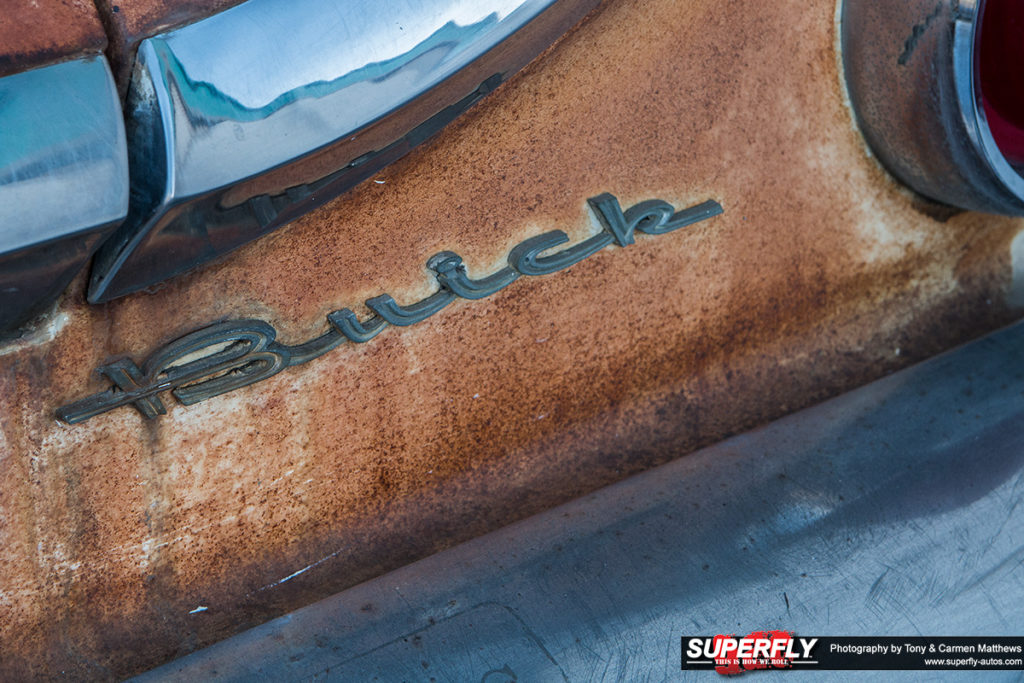 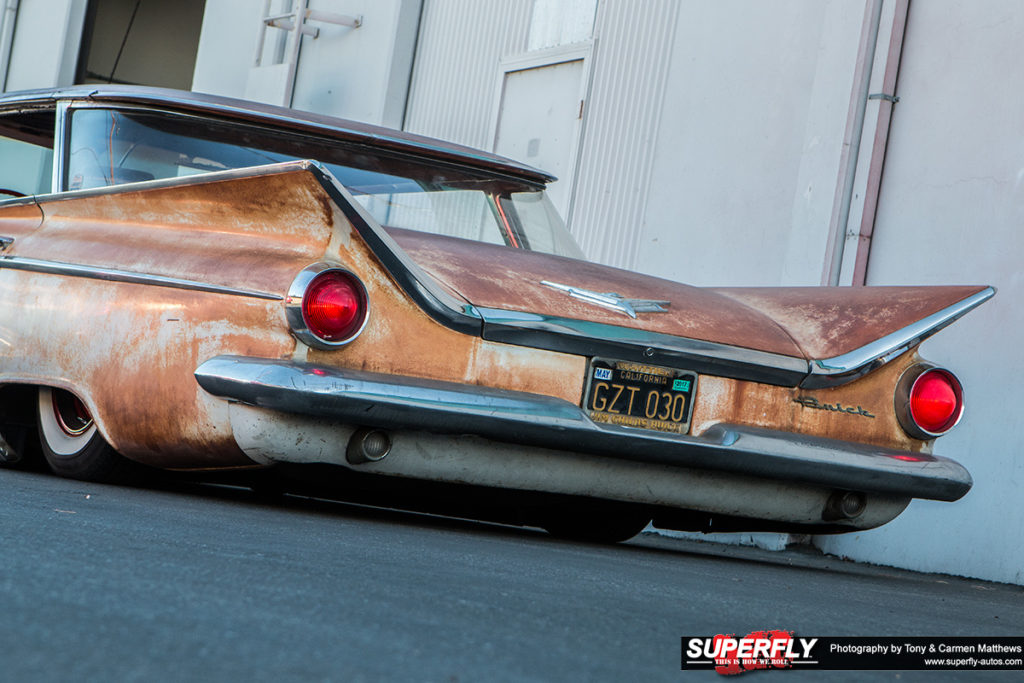 Interior wise, the entire cabin has been covered with gorgeous red leather and it even features the original stereo headunit. 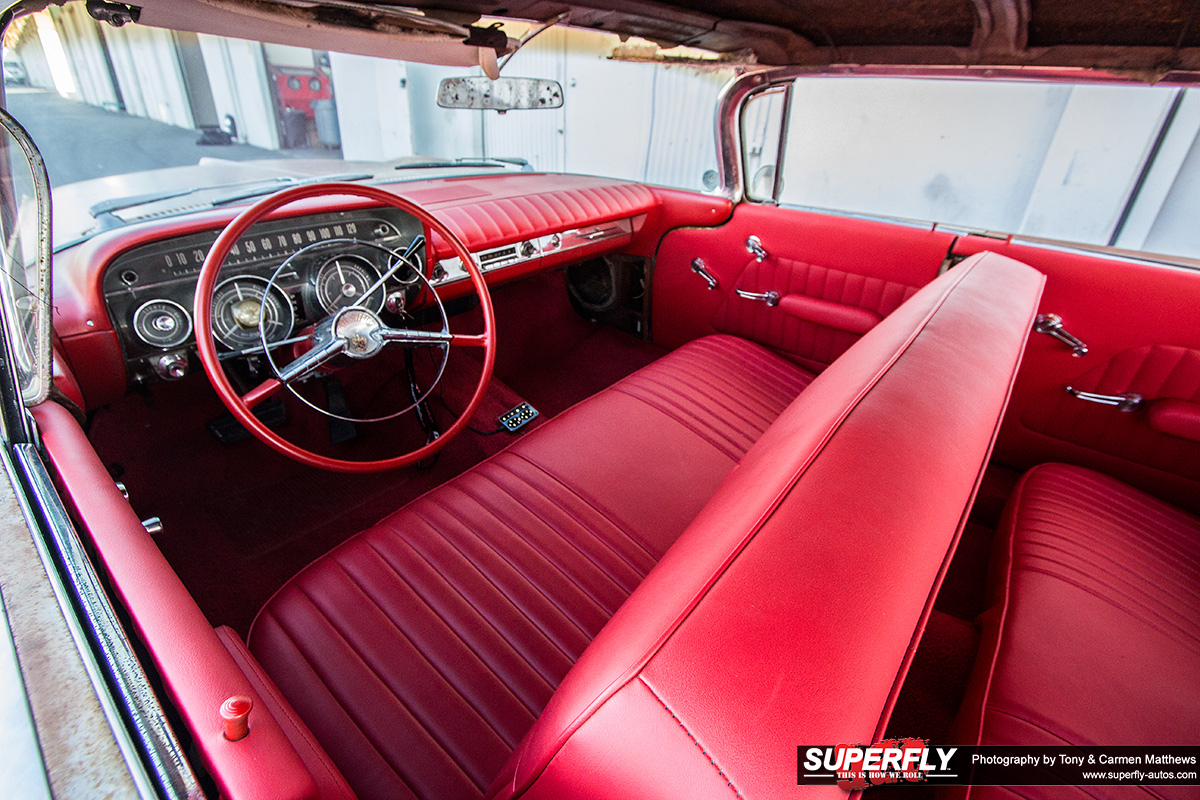 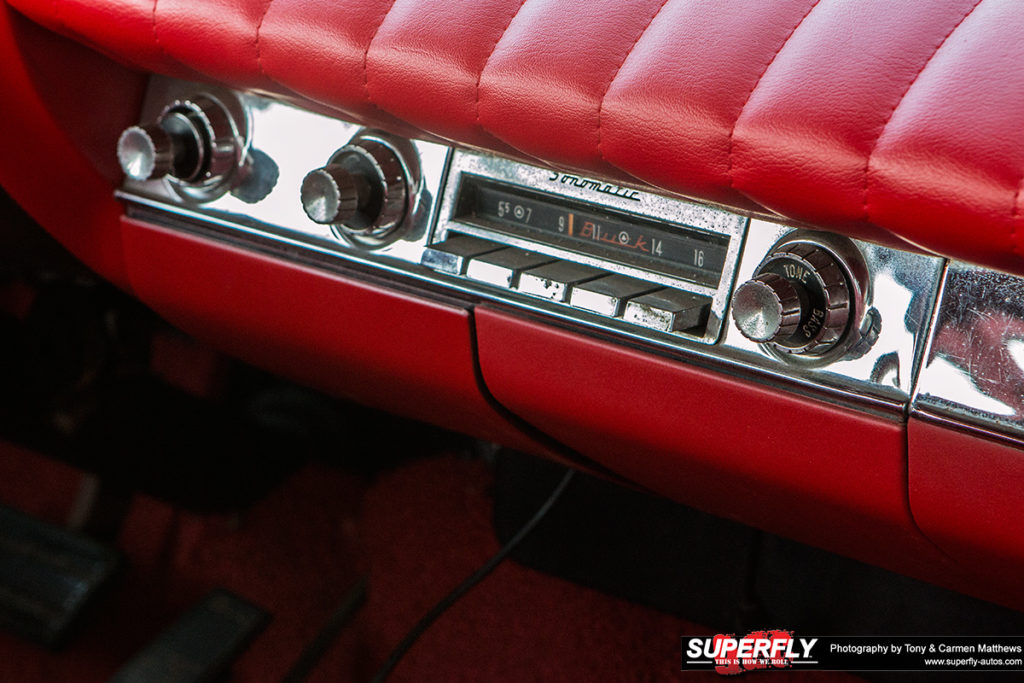 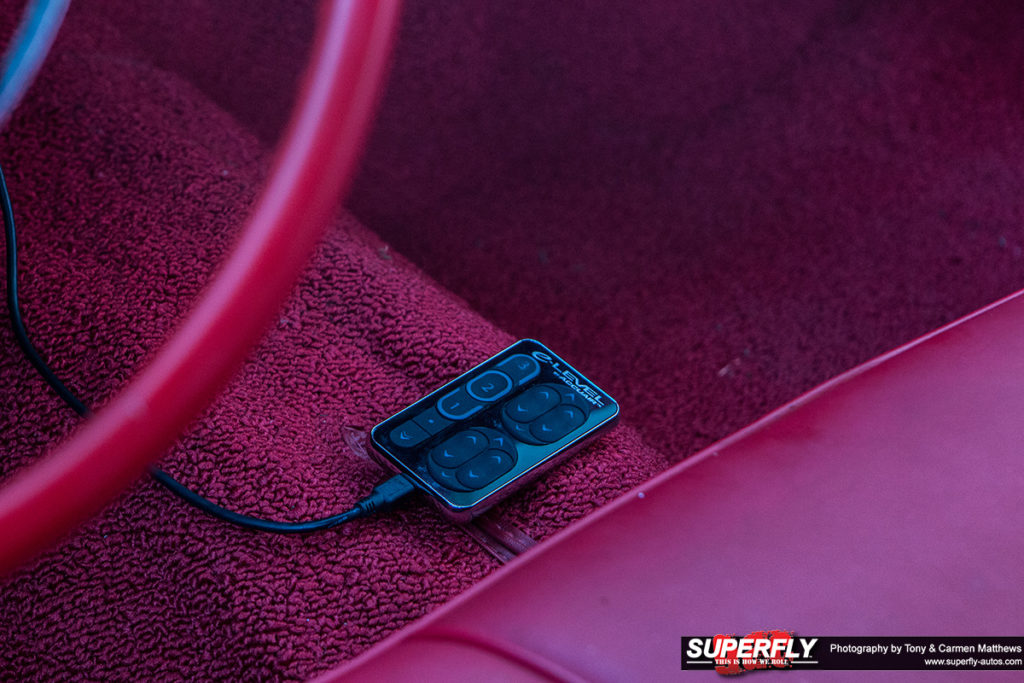 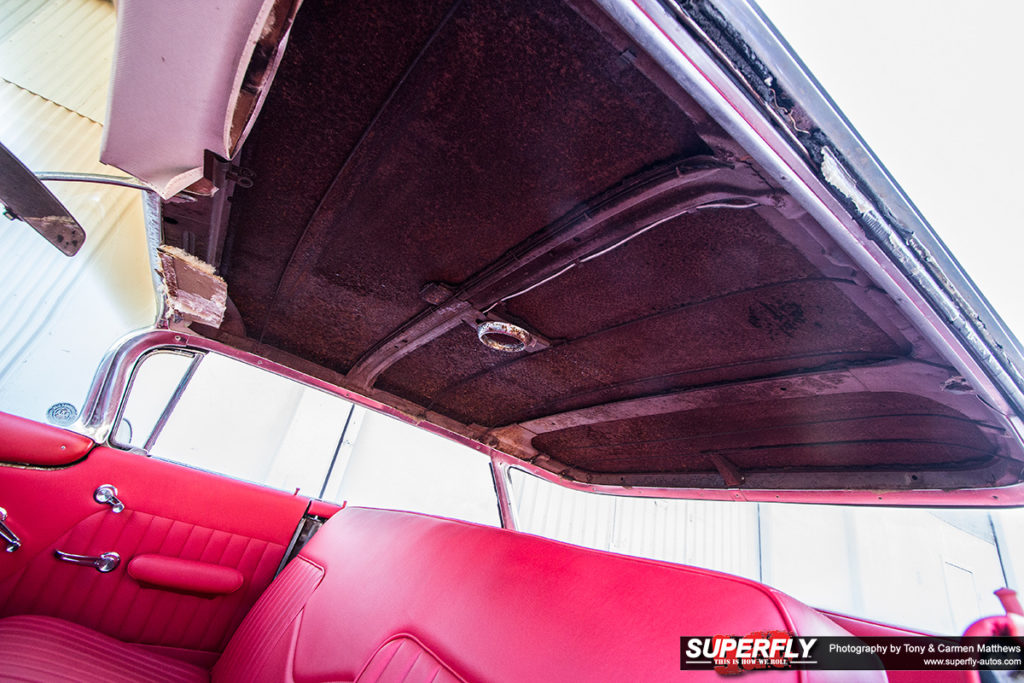 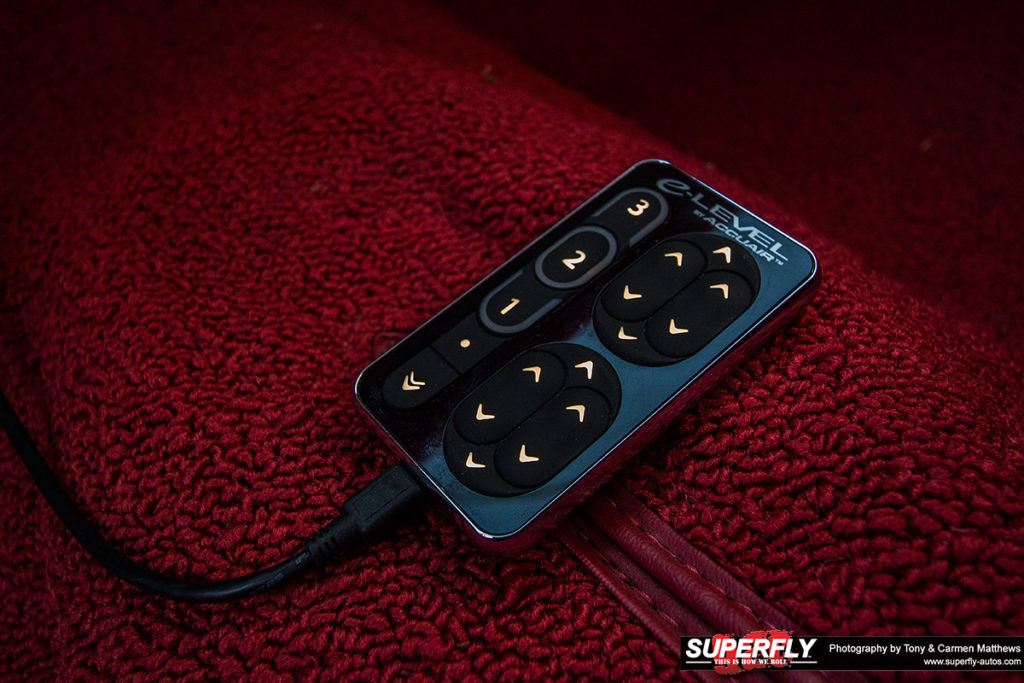 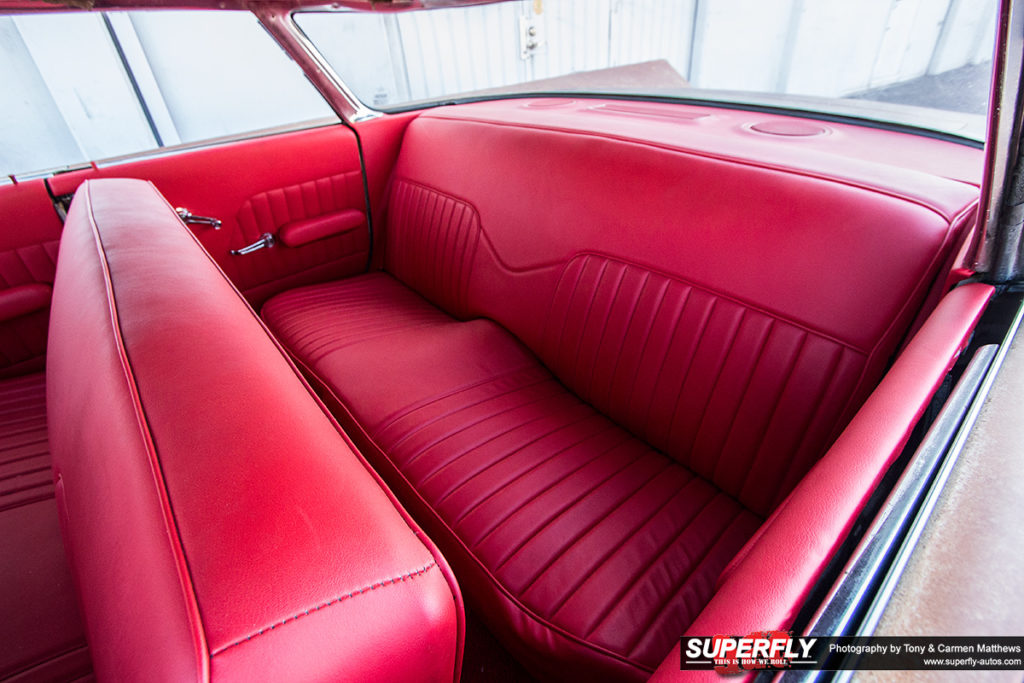 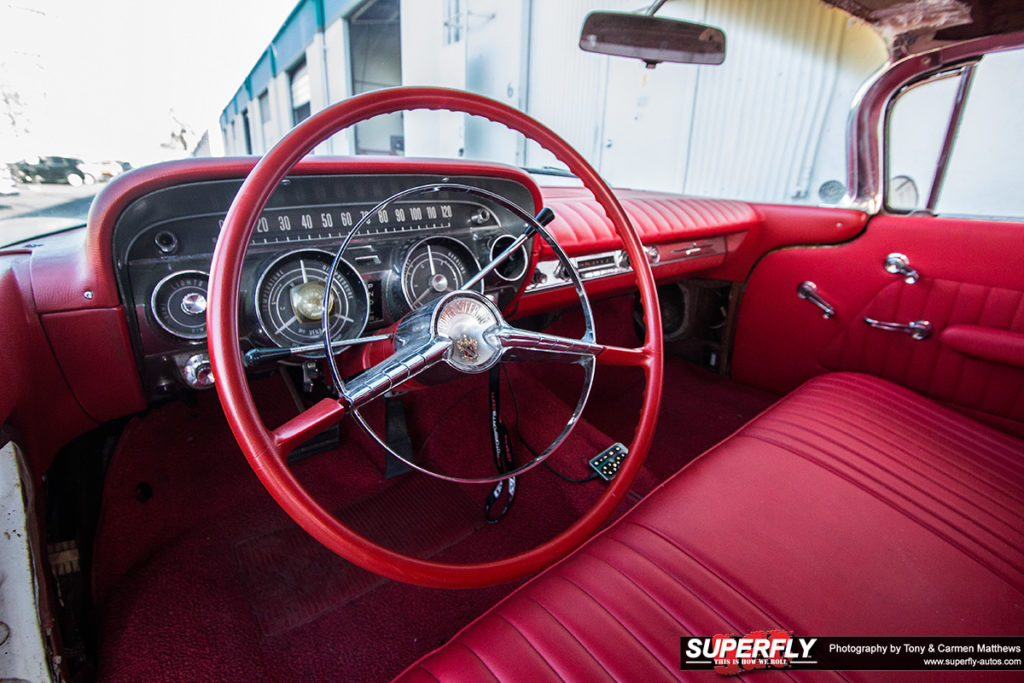 Even though it is still a work in progress build, we feel it looks incredible as it is and we can#t wait to see it fully completed in the new year.
Tags: buick invicta, Cadillac, custom car, define concepts, devious customs, hotrod, Slammed
Want MORE!?  Head on over to www.superfly-autos.com for fantastic content!
http://www.superfly-autos.com/features/1959-buick-invicta-cadillac-inside/
Back to blog
Add to Wishlist
0
0