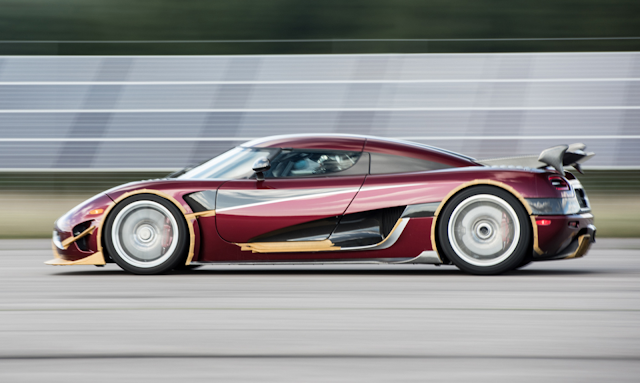 
Koenigsegg Automobiles recently posted a video of their Agera RS running from 0 to 248.5 mph and then back again to 0 in 36.44 seconds. With this run, the Agera RS overtakes the Bugatti Chiron’s previously recorded time by a large margin.

As you’ll see in the video, a performance data logger and recorder clocked the Koenigsegg Agera RS’s maximum speed at 250.4 mph during the run. It took the car 6,424 feet and 26.88 seconds to accelerate to 248.5 mph and 1,585 feet to come to a stop, which took an impressive 9.56 seconds. Carbon ceramic brakes with bespoke calipers designed and built by Koenigsegg himself helped to provide remarkable stopping power on this Agera RS. 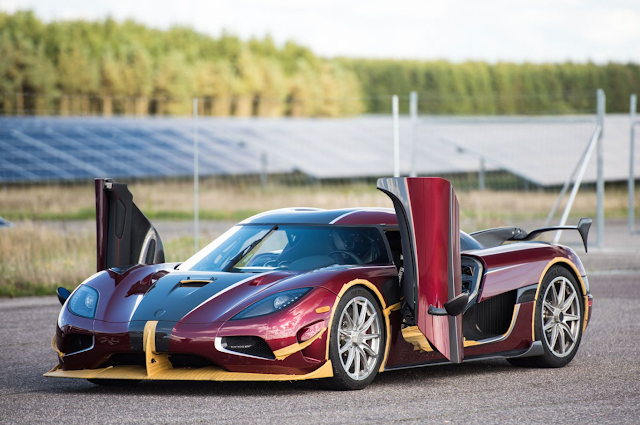 Powering it is a 5.0-liter twin-turbo V-8 rated at a staggering 1,360 hp and 1,011 lb-ft of torque paired to seven-speed dual-clutch gearbox. The car in the test was equipped with the automaker’s 1MW engine upgrade and an optional removable roll cage for additional safety during performance driving. 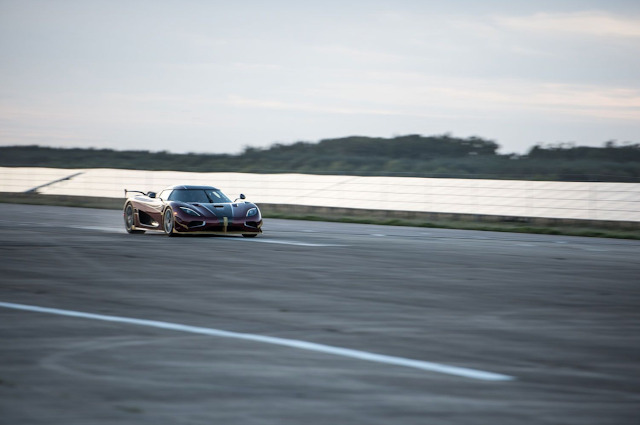 The Swedish supercar maker says that although this run was originally planned for the upcoming Regera plug-in hybrid hypercar, it did the run using the Agera RS because the car’s owner wanted to verify its performance capabilities. Koenigsegg still intends to do the same test on the Regera. 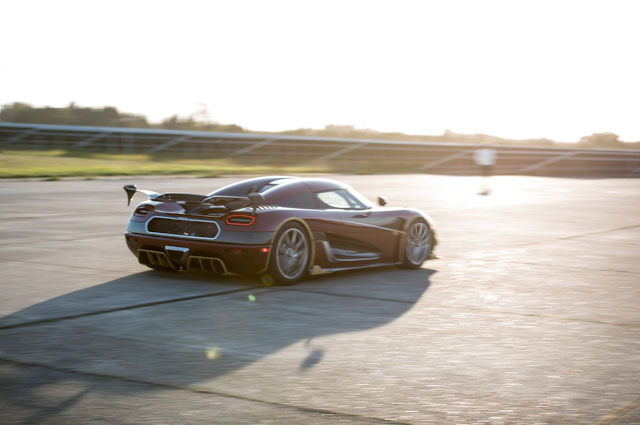 Christian Von Koenigsegg had originally planned to do the test run in a test facility in Papenburg, Germany, but due to weather, it opted for Vandel Airfield, a former military base that was built during World War II and closed in 2003. Behind the wheel was Koenigsegg factory driver Niklas Lilja who had to remain in full control of the car because the surface on the 1.73-mile track was littered with potholes and imperfections due to it having deteriorated over time. 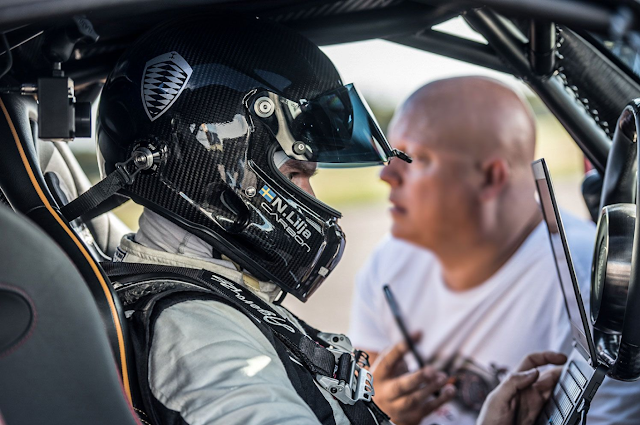 As a result, Lilja utilized the traction control system for the first three gears. Once it got traction, the Agera RS traveled 328 feet per second before dropping to 308 feet per second as it got closer to 250 mph before full braking force was applied. When taking into account the overrun to a top speed of 250.4 mph, the Koenigsegg Agera RS accelerated from a stop to that speed and then back to a stop in 37.28 seconds, beating the Bugatti Chiron’s previous record of 41.96 seconds in the 0-248.5 test. 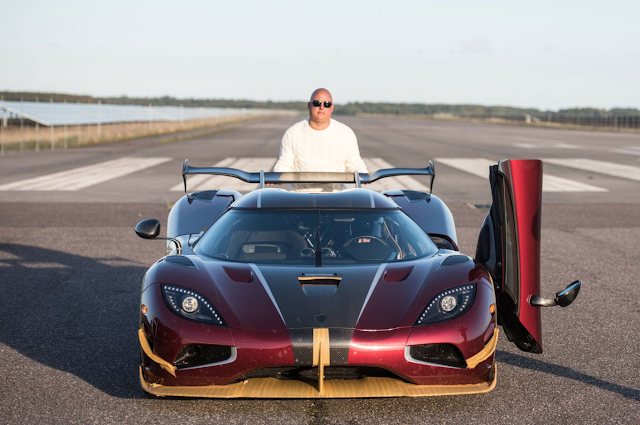 Back to the drawing board Bugatti. WHAT A BEAST!
Back to blog
Add to Wishlist
0
0