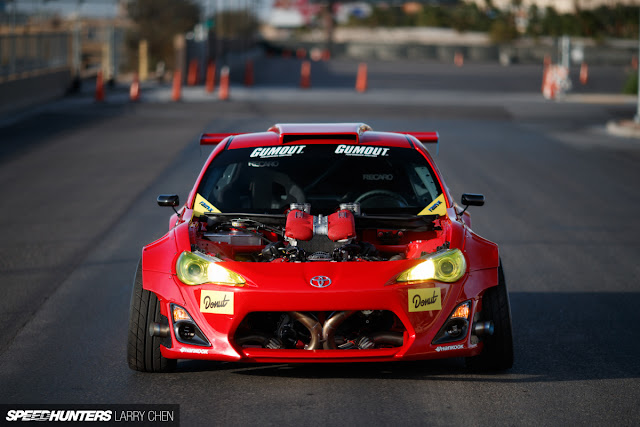 Photos: Larry Chen - www.driftfotos.com for Speedhunters
Words: Mickey Andrade
Well, would you look at that! Nope, your eyes aren't playing tricks on you. That is a Ferrari 458 engine squished into a Scion FR-S chassis. What a wonderful sight.....and sound surely! 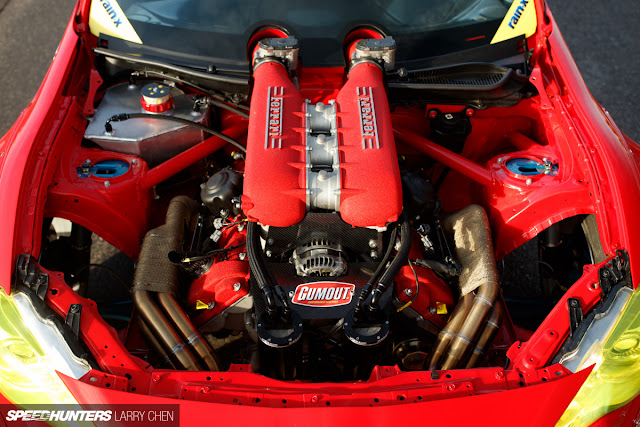 The boys over at Huddy Racing were tasked with shoehorning this massive dual overhead cam, 90-degree V8 engine into the Scion/Toyota bay for Ryan. And shoehorn they did! The engine is pushed as far back as possible for weight distribution purposes and the intake is noticeably backwards. What a sight to behold! You might ask yourself why they didn't just flip it around and make it face forward. The answer is simple, it doesn't fit that way due to the offset runners. The team at Huddy decided instead of creating adaptor plates (which would raise the intake manifold higher) they would just create an intake system that runs under the dash and grabs air from the fender vents. Sweet set-up if ask us!! 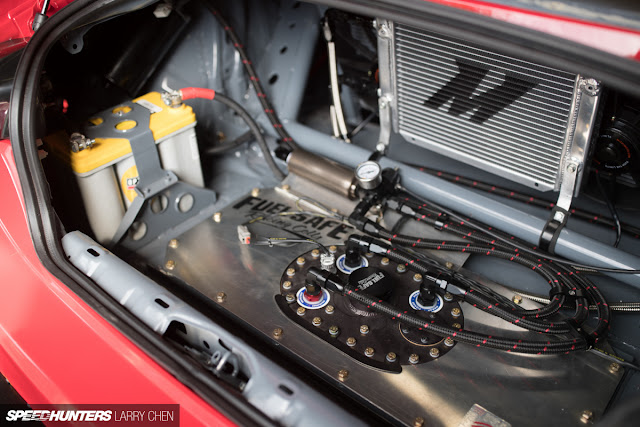 Out back the radiator has found a new home for weight distribution purposes and to help make room in the already crowded engine bay. Also in the rear amongst the roll cage is the 10 gallon Fuel Safe gas container, oil cooler, primary fuel pump, filter and Optima battery. 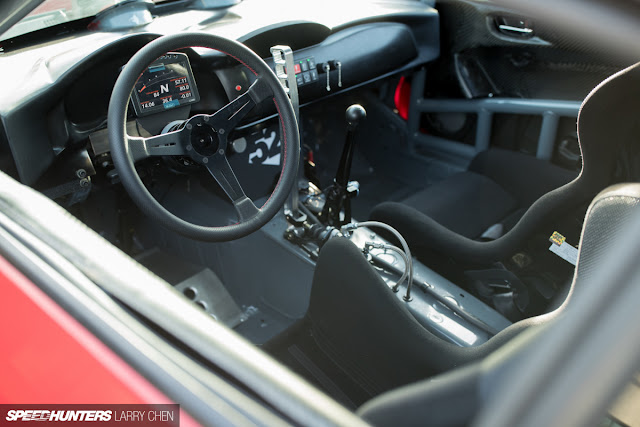 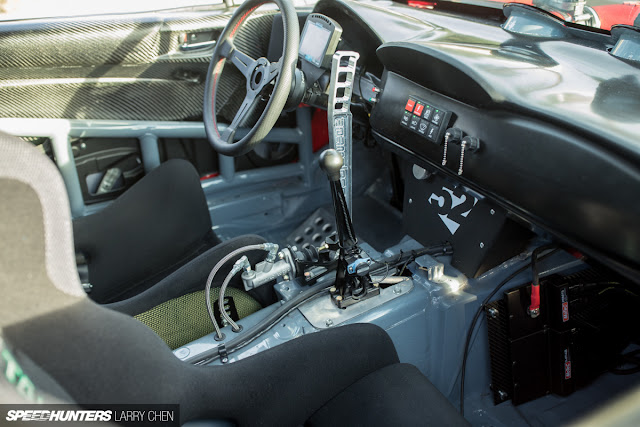 The interior is very much built for business. The business of going sideways. The dash is a lightweight carbon shell of a factory unit and the typical amenities have been removed in favor of bare necessities. Some nice ones at that! MoTeC was chosen to manage the engine and it components. The ECU was paired with a MoTeC M142 module to manage the direct injection and throttle by wire systems. The top notch gear doesn't end there though. Recaro Profi SPA carbon kevlar seats and Takata harnesses hold Ryan in place while he slips the Nardi leather wheel through his hands and grabs the Nameless hydraulic e-brake lever in drift. It's quite a set-up and is certainly as wild as the engine choice up front. 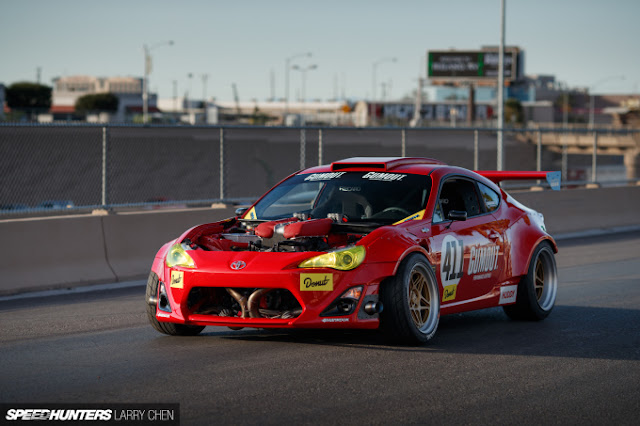 We've only scratched the surface of this build and there are many more intricate details that you can read about over at Speedhunters where Justin Banner wrote up a wonderful story outlining the details of the build. 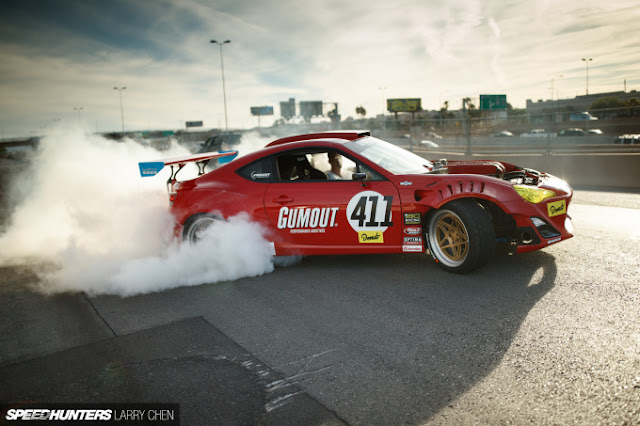