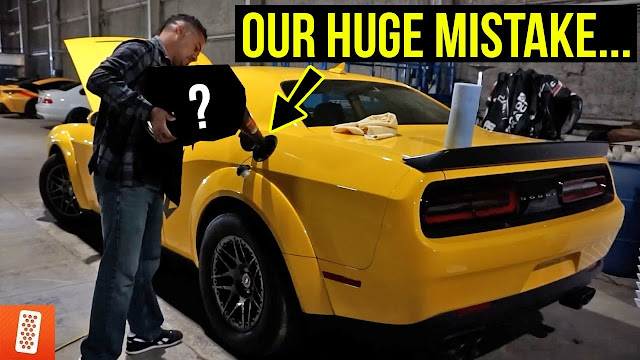 This episode of Throtl is all about modifying the 2019 Dodge Challenger Hellcat Redeye to win a drag race on Woodward Avenue in Detroit, Michigan. You might ask, since when did we start building drag race cars and competing in such events.

Well, we were challenged by MotorTrend and Dodge to participate in the Woodward Avenue Roadkill Knights event powered by Dodge. We accepted the challenge, not because the organizers promised us a free Dodge Challenger Hellcat Redeye and ten thousand dollars cash, but to prove the point that we can make the fastest hellcat for the drag race.

Mind it; we never built a drag car before, but all the team at throtl was excited and up for the challenge.

Starting with our modifications, we added some power and traction and performed several tests and tunes until we were satisfied. If that sounds too simple to you, it wasn’t. Many times, we thought we’d fail, we couldn’t’ do it, and even considered giving up, but we didn’t.

Participating in the event

So, our team reached the Detroit airport and was welcomed with a Dodge Durango 392 Hemi. It was nice and comfortable for a 40-minute drive to our hotel.

The next day, we attended the press conference and met with Dodge's CEO, Timothy Kuniskis, who welcomed all the participants on Dodge’s horsepower bash.

We were interviewed at the conference and asked about our built strategy. At Throtl, our philosophy is keeping it simple, and we call it Kiss (Keeping it simple stupid), so we followed it thoroughly to build our Challenger SRT Hellcat Redeye.

We unveiled the car at the stage, went for the tech inspection, and readied ourselves for the event the next day. 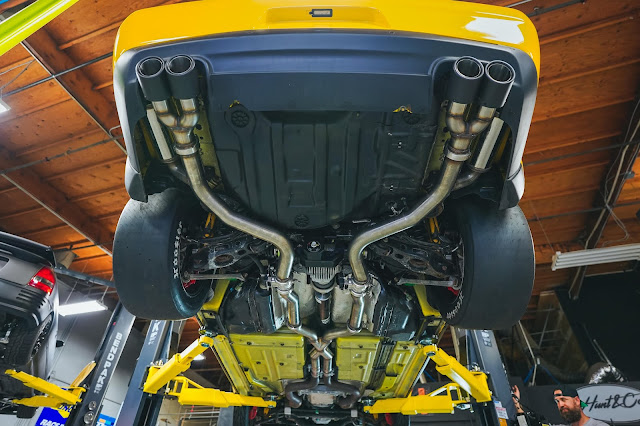 So, at the D-day, we ran through the car, filled E85 in it, checked the fluids, tire pressures, and got ready to hit the racetrack. We reached Woodward Avenue, did our media morning and some interviews, met with diablo sport guys for some modifications we wanted, and checked out the show cars. Some of them were so bizarre that we couldn’t believe them.

So, Rickie was our guy behind the wheels for the drag races, and he was pretty confident for the first pass. Unfortunately, the first run didn’t go super smoothly. It may be due to less burnout of tires, so Ricky went for one more practice lap before the second pass.

We did our best to lower the pressure to 14 - 15 psi on our Mickey Thomson Et Street R's and went for more burnout. The result was better than before, but we didn’t win again. Our Challenger SRT was better at the launch, but it went to the side on the second gear. We thought to take out the power.

The Problem We Faced

The problem, we felt, was the Mickey Thomson Et Street R tires, which was a requirement to run D.O.T approved tires. Although some of the contestants weren’t running them, they let them compete. We felt it is kind of a disadvantage for us, but we could do nothing about it. This beast needed more track; it was actually not even a full eight-mile either. 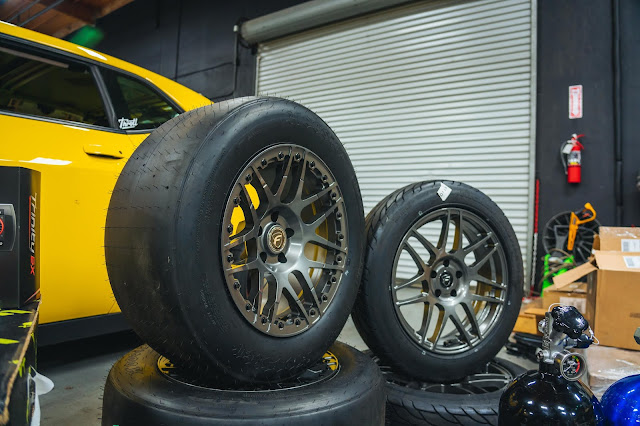 For the next pass, we took some power away, dropped the tire pressure to 10 psi, and went to test it. Only if we get a win, we were promised to get three more runs. We also involved Diablo Sport to make a bunch of modifications to help us out with the launch.

There were some issues with the transmission tune and engine tune before that were cutting Ricky off when he was doing his burnout. That’s why he couldn’t get the smoky burnout that we were getting before. So, we changed things up in the hope to do better.

The car was still having a problem hooking up still, but this run was the best we had done against Weston.

In the last run, we did better. Actually, it was the cleanest run from our side with the first three gears super slow, and once the fourth gear hit fourth, it went like a bullet.

At last, there were two qualifying runs and two fastest runs. It was not about who passes the line first, it was from the line the fastest time, so the two fastest times were going to go against each other head to head. In an actual race, whoever finishes the line wins, and then they go to the race circle.

The first qualifying run was Tavares versus Weston and then Alex Taylor versus Ricky. Ricky burned out the whole way, and that wasn’t the plan. We were supposed to go for times because it wasn’t even about racing against the line. Our run against the Weston also didn’t go well.

We didn’t expect us to win, to be honest, but we had a lot of fun trying. With better season tires, the result could have been different. Who knows!

Check out the video below to see the whole experience!

That’s all from us for now! Do not forget, for every $1 spent on Throtl.com; you get 1 entry to win our sweepstakes. See you soon!