Get your hands on this sick bit of signed #Radbul memorabilia from Mad Mike Whiddett! 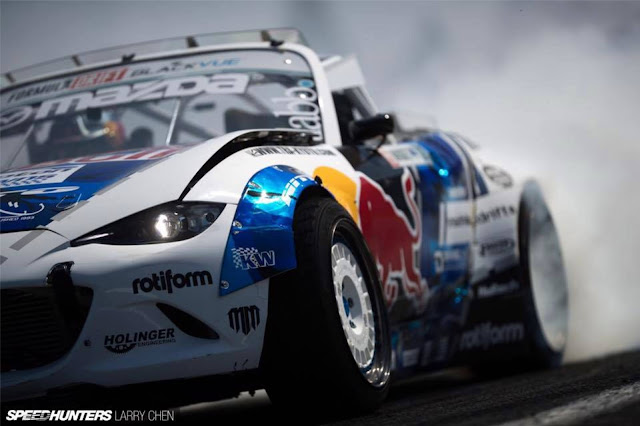 In our search to acquire something really cool to raffle off to the awesome throtl.com users we came across this unique bit off of Mad Mike Whiddett's 2016 Formula Drift car #Radbul. You're probably asking yourself "Why did they chose a broken Rocket Bunny overfender?" and "How did they get that"? The answer is actually quite simple! Mad Mike Whiddett has the largest, most passionate fans of any drift driver in the world. How do we know this? Because our very own marketing dude, Mickey Andrade was one of Mike's crew members during the 2015 and 2016 Formula Drift campaigns and saw it first hand. In fact, this bit off #Radbul was actually acquired from Mike himself at Texas Motor Speedway after the Formula Drift Texas round in 2016 where Mike collided with the back of Tyler McQuarrie's NOS sprayed Chevrolet Camaro when it lost power near the end of the track. The fender was severely cracked and was repaired very quickly on the grid by Mickey himself with racer tape before Mike's next tandem run. One of the unique nuances about the repair is that Mickey actually went so far as to create a hand fashioned "i" out of racer tape so that Mike's tire sponsor, Nitto Tires would still have sufficient signage on the fender. To top it off the overfender piece is autographed by the charismatic Whiddett himself to create a unique keepsake for the coolest "dude room" or garage! This also happened to be the event where #Radbul was sidelined only after the intake plenum suffered severe weld failure and the item you could win can even be seen in this photo below (Note: light blue racer tape on overfender) from Mike's IG post explaining to his fans what happened after the event. Read on to see how to enter to win! 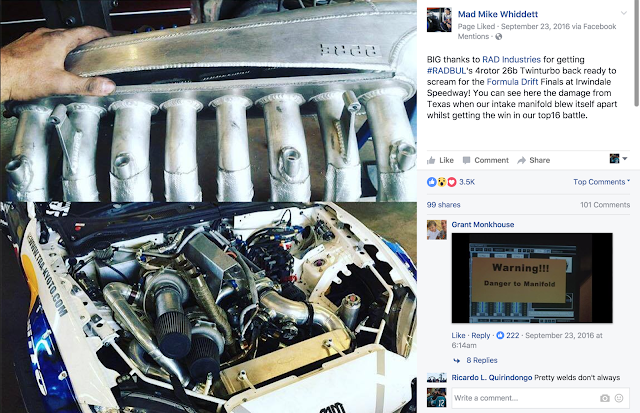 HERE'S WHAT YOU HAVE TO DO TO GET YOUR HANDS ON THIS SCUFFED MAD MIKE WHIDDETT SIGNED #RADBUL OVERFENDER!
-Follow @throtl on Instagram
-Create a part or car listing on throtl.com for 1 entry
OR
-Create a Featured part or car listing for 5 entries
*Must use #RADBUL in the description of your listings
*The winner will be drawn at random at 12PM PST on February 1st. Good luck everyone! 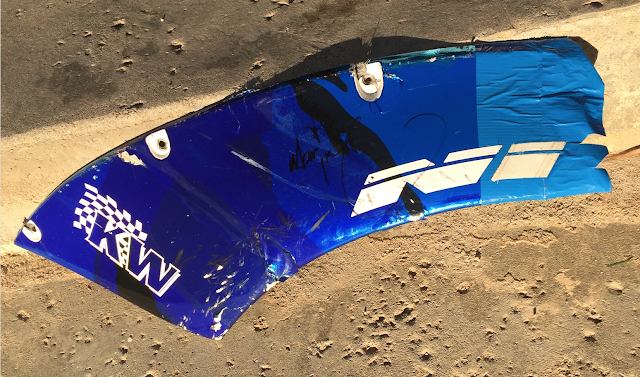